Black Ale as a Beer Category

Black IPA, Cascadian Dark Ale, Black Ale, whatever you want to call it, the people want it!

Damn that looks delicious!  Rather… it WAS delicious as I drank it after taking the pictures.

Currently Black IPAs, CDAs, Black Ales, Dark IPAs, whatever you want to call them, are categorized under BJCP category 23 – Specialty Beer. Category 23 is the catch all for everything from Australian Sparking Ale, to Malt Liquor, to Black IPA / CDAs. Given continued commercial success and adoption by home brewers, is it time to finally grant this class of beer its own category? BJCP has not acted on this yet. There are a number of issues to sort out.

Issue #1: What to call the category?

For sanity sake, let’s add one new category and not five. Debating the difference between a Black IPA and a Cascadian Dark Ale (CDA) is possible, but it is splitting hairs. Being from Portland, putting ‘Cascadian’ in the name feels right, but that makes it regionally centric which in today’s politically correct world would be a mistake. That leaves Black IPA or Black Ale. Brewer’s Friend recommends naming the category ‘Black Ale’. The reason for dropping IPA from the category name is covered next.

Issue #2: This is not an IPA with ‘food coloring’ added to make it look black.

The point of a beer category is not just based on stats like OG/FG and IBUs. A category is based on flavor, aroma, mouth feel, appearance, and even history. A Black Ale is not hopped up porter or darkened IPA. Could we someday have a beer called Dark Kolsch, just because it has a hint of roasted flavor but uses noble hops, an SRM of 35, and is light in body? What about a Dark Cream Ale?? 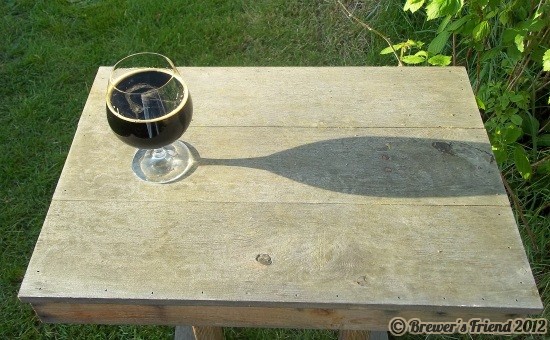 Flavor: Could be hop forward or malt forward, but bitter and roasted flavors both should be present, and eclipsed by citrus/herbal/spice notes from excessive use of north west hops. This is not a malty beer nor should it be too sweet. The flavor should be crisp, and the finish somewhat dry, but not entirely dominated by the hop profile like in an IPA. Subtle oak notes can be present from barrel aging.

Mouth-feel: Medium body, not overly malty, but not dry or watery. Can (should?) leave lingering flavors on the tongue from dry hopping. Low to moderate carbonation.

Issue #4: What category to put it in?

Does it belong under the IPA category as 14D or the American Ale category as 10D? There are two main themes driving the definition. One is a standard IPA with a dark color and a hint of roasted flavor. The second is a stout or porter with a huge amount of hops. A Black Ale is similar to a barely wine, but not as high in alcohol content and less malty. IPA’s are hoppy beers, but not the only hoppy beers, so Brewer’s Friend recommends putting Black Ale under the American Ales category, as 10D.