Benjamin Franklin’s birthday is coming up Monday, January 17th. This year it happens to fall on Martin Luther King, Jr. Day, which makes it a day off for a lot of folks in the US. I plan to brew in honor of both!

Ben Franklin Quote:
“Beer is proof that God loves us and wants us to be happy.” 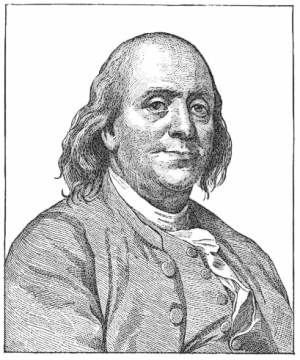 There is some controversy over whether or not Ben actually said this. Apparently the quote comes from a letter he wrote, where in context he was talking about how the rains feed grape vines, and how good wine is. His exposure to fine wine makes sense. He spent a good deal of time in France as a diplomat while trying to get support for the revolution. The quote sounds great and fits with his popular style of witty truths. Even so, historians jumped on it and tore it apart:
http://urbanlegends.about.com/b/2008/09/15/misquote-ben-franklin-on-beer.htm

Personally, I am 100% sure Ben Franklin would be into home brewing, blogging, and beer.

What type of beer he would have had access to is another question. Unlike the so called hops shortage we had last year, there was a real hops shortage in the 18th century colonies. Also, many of the modern hop varieties we know and love did not exist back then. Some research indicates Goldings would have been available. The beer style would have been British (since America was under 21 years old still), and I bet it was towards the deep pale to brown end of the color spectrum. Molasses might have been an ingredient – the tax was ignored in the colonies! 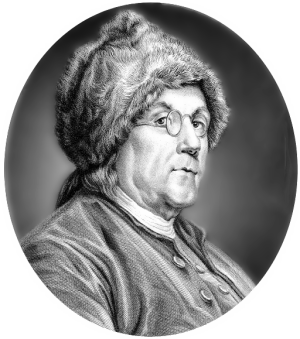 This site has an excellent write up with detailed information on the topic of Poor Richard’s Ale:
http://www.benfranklin300.org/etc_article_ale.htm