We had a chance to visit Stone Brewing in southern California last month. It is a blast, I highly recommend it. After the brewery tour, they give you a predetermined ‘flight’ of their four main beers. Tours are every two hours most days. We went on a Tuesday and it was full but not too busy. Their main website: http://www.stonebrew.com/ 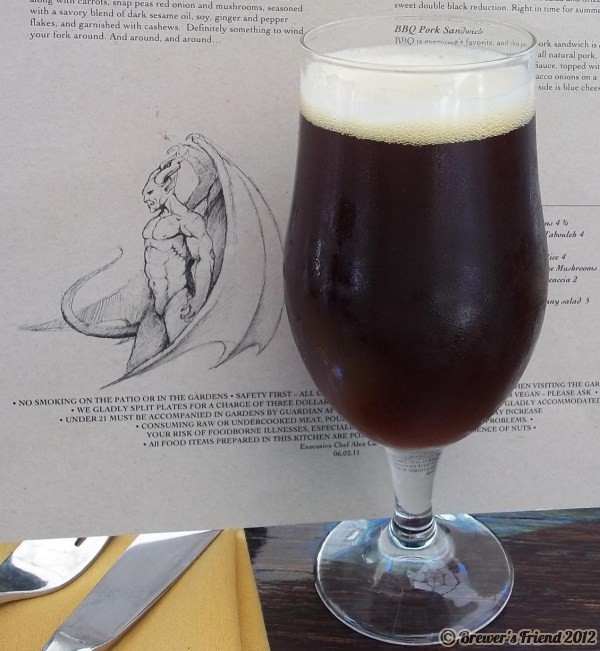 The exterior is very nondescript. There is no signage. When you see ‘growler fill parking only’, you know you are in the right place. 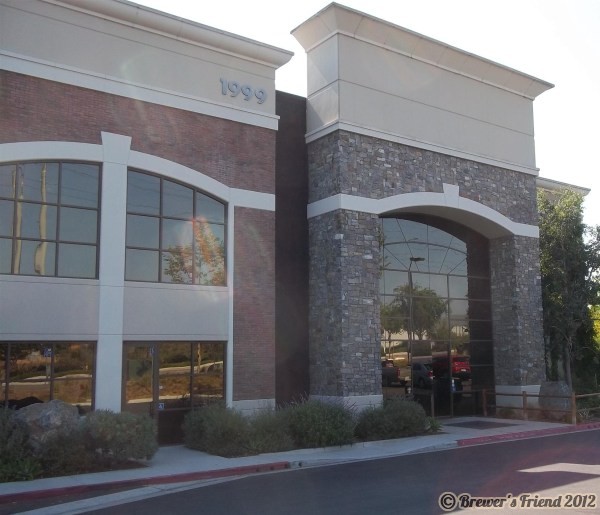 I do think their beer quality has slipped some. I noticed some harshness in the Arrogant Bastard, not as smooth as I remember – but still a flavorful bitter beer. Their IPA is very good as people often say. I think the batch we were sampling from in the tap room was a little green. The pale ale was over mineralized and tasted chalky. Still, tastier than many batches of home brew I have made.

Their location also features an upscale bar and bistro.

It is not a typical burger and a beer joint. If you come with an appetite be prepared to pay. There are a few exotic things on the menu, like Duck Tacos, which we avoided. You can get a Buffalo burger for $16.50. The food was good, prepared with care, and the service was excellent. 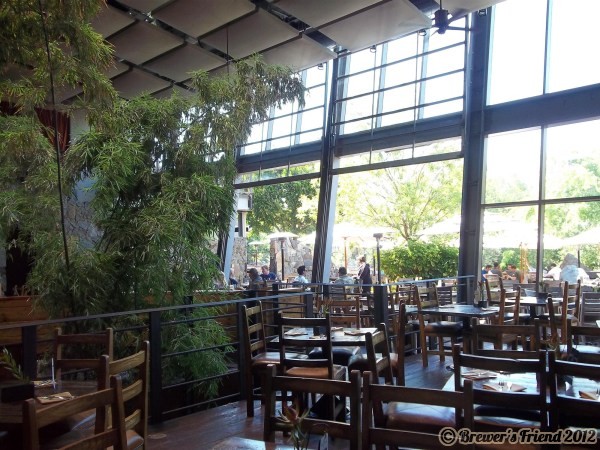 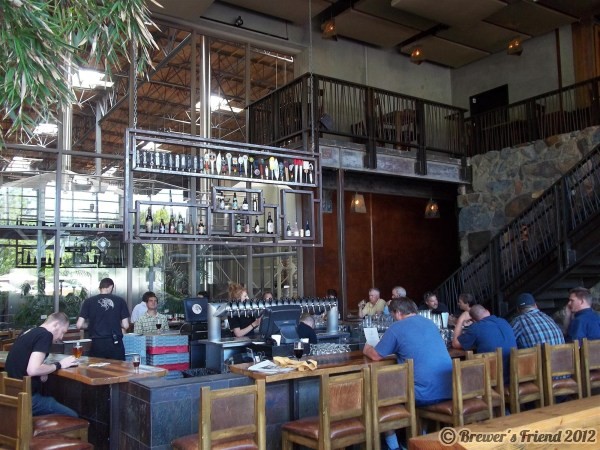 The garden area out back is great for relaxing while waiting for the tour to start. I took a short nap back there after drinking an Arrogant Bastard and having the sausage and potato dish. Yes! 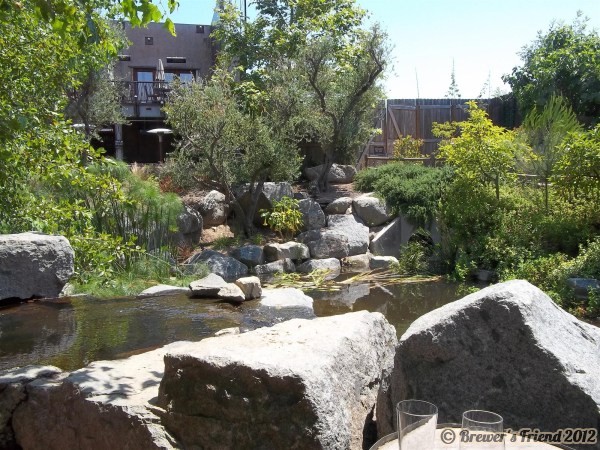 They do approximately 10,000 pound grain bills for their batches. That is about 1000 times a typical home brew recipe, so they must be doing 5000 gallon batches. 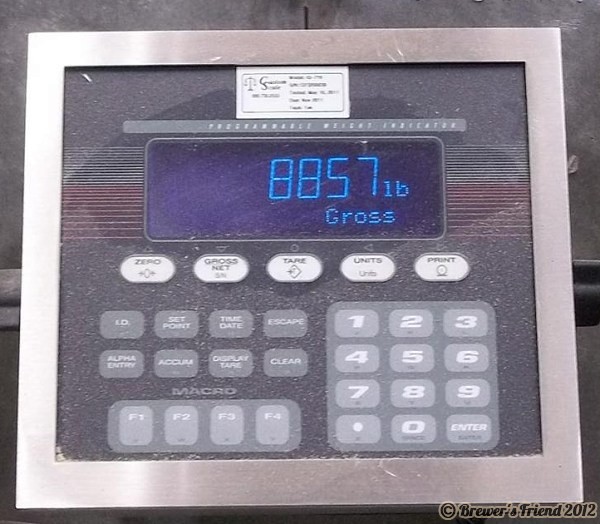 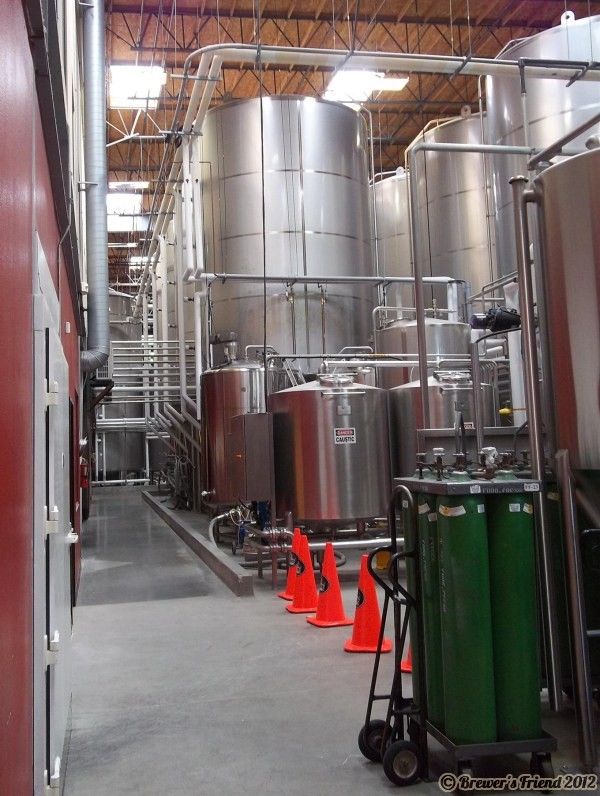 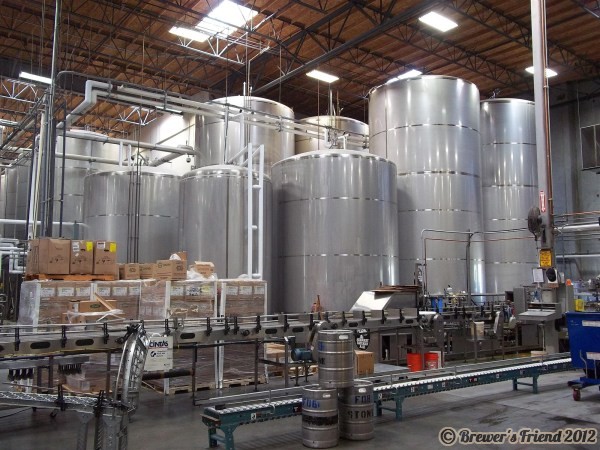 They are using American and New Zealand hops from the boxes in the hop storage area – damn that smells good in there! The water supply is via Rincon, which is essentially from San Diego County which is fed from a combination of the Colorado and the Sacramento-San Joaquin River Delta. That is a long way to move that water. They carbon filter it several times then re-add brewing salts.

I love this see through pipe that shows the color of the brew being made: 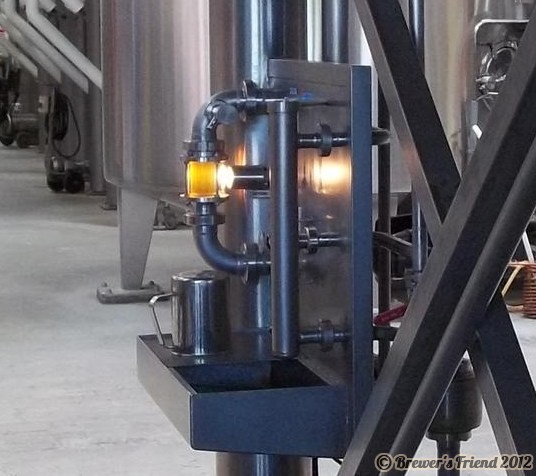 The place is huge, all under one warehouse style roof. Sort of like being in heaven: 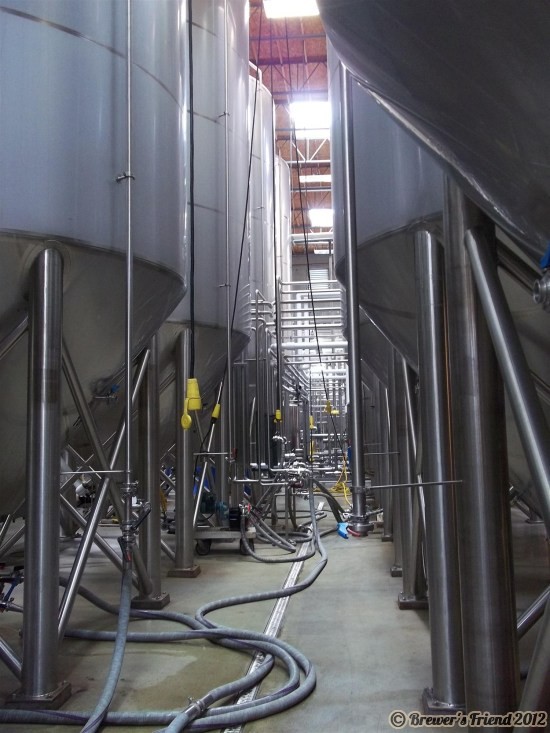