When I first started brewing, I was NOT a fan of hoppy beers. The first year or so I brewed mainly English Southern Browns, Porters, Black Ales, some Belgians, and malty Amber Ales.

Like many homebrewers, my tastes in beer began to broaden. Looking at the BJCP styles inspired me to try as many styles as I could…even an occasional hoppy beer when we ate out (I didn’t want a whole six pack of hoppy beers in my home fridge…no way).

Then I got a job that required a lot of travel to Salt Lake City. During my first year with the company I was there at least every other week. One of the pleasant surprises in getting to know Salt Lake City – and there are a lot of wonderful things about SLC – was the vibrancy of the craft beer scene. They have four – FOUR! – craft breweries in the metro area: Epic, Squatters, Wasatch, and Uinta. There are others that are in other areas of Utah as well. For a city of their size, that’s impressive. What’s more impressive is the quality of the beers produced. Delicious. So, as a responsible homebrewer, I naturally started tasting all the SLC beers I could. Many were pleasing, but one captured my imagination: Uinta Brewing’s Wyld Extra Pale Ale. 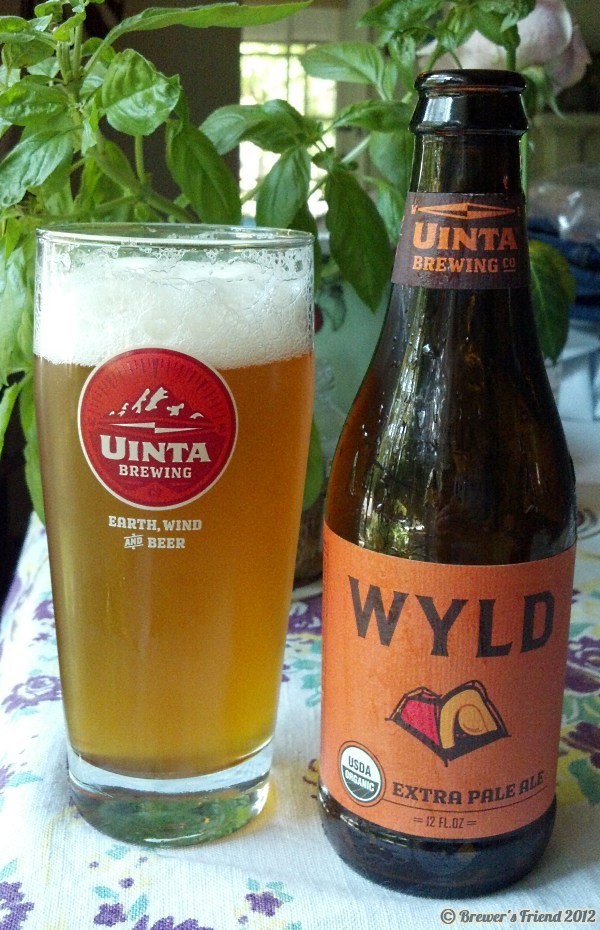 Utah has some interesting beer and liquor laws:

It is common for limitations to spur creativity. The draft ABV limit sure did in Salt Lake City. It has a diverse selection of delicious lower alcohol beers, session strength beers. Wyld was hoppier than I preferred, but the aroma. The AROMA! It filled my senses. Even though Wyld was hoppier than I typically liked, I remained entranced. I kept coming back to it. Little by little, I learned to like hoppy beers – all because of Wyld.

Unfortunately Uinta doesn’t distribute where I live. I wanted Wyld when I was home! So, I devoted myself to clone this beer. There weren’t recipes online. I went to the local homebrew supply stores in Salt Lake City, and got some good guidance. The recipe features Simcoe as the primary hop. The grain bill is relatively simple – 2 Row with some Carapils and something else for the color.

I won’t bore you with all my iterations – there were 5. I was about 80% there when… Jamil featured this beer on “Can You Brew It.”  I was thrilled!

Here’s a link to the CYBI recipe in Brewer’s Friend.

I had been using Simcoe 100%, Simcoe with Cascade, Simcoe with Centennial. After listening to the episode, I found out that Uinta uses mostly Simcoe, but the bittering charge is Amarillo. When I first brewed the CYBI recipe, the Amarillo made so much difference!

There are other distinctive characteristics: organic grains (specifically Great Western Organic 2 Row), and their proprietary yeast. They said they got their yeast in Europe back in 1991. Their head brewer suggested WLP029 German Kolsch as a good substitute. On the show, McDole was the one who brewed the clone. He said he was pretty sure he used WLP001.

This beer clone stays on tap in my keezer most of the time. Oddly, I haven’t brewed it with 001 or 029 since getting the clone recipe from CYBI. Every time the keg is getting low, I’ve never had those on hand. Most of my batches, including the iterations before CYBI, were made with Pacman. This picture is a batch brewed with WLP002/Wyeast 1968 – I had brewed an English Bitter and had that ready to repitch. 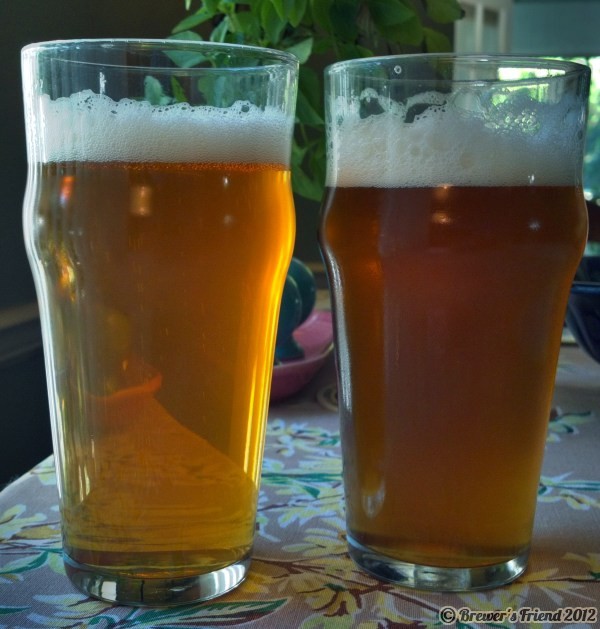 Wyld is on the left, mine on the right. As you can see, my beer is not filtered, theirs is. Head retention is very similar.

My thoughts on these yeast substitutions: Pacman is very good, even close, but attenuates a higher than I’d like for this beer. WLP002/Wyeast 1968 was not at all similar and although I fermented cool (64-66) there was still the expected English yeast fruitiness (though muted by low ferment temps). It’s just not at all Wyld-like. There was also less hop presence than I’d like with the 002 batch. It’s kinda like an English Bitter with an American attitude. Good, but not what the source material dictates. I’d avoid English strains because it took it too far away from the clean American profile this beer displays.

Color is close, and as my beer warms up it is very very close considering mine isn’t filtered. I’ve been battling chill haze on this recipe due to the dry hopping. I’ve got to work on that!  Update – a week later it dropped clear! 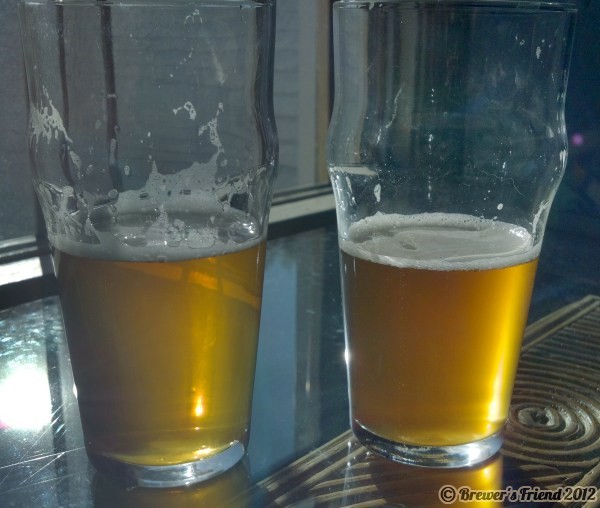 After my Wyld quest, here’s some thoughts on my efforts. First, none of the iterations I’ve done (including CYBI clone batches) have ever approached the lovely malty backbone Wyld has. That delicate but firm malt shines through. When the beer is very fresh, you get a blast of hop aroma that is fragrant and pleasing. When a bit older, the hop nose fades, but the malt and balanced bitterness is still present.

If you can get your hands on some Uinta Wyld, do it! The beer will show you how satisfying and full flavored a session strength beer can be. If you can’t, and you want a lower alcohol APA with a lot of hop nose, give this recipe a try. It’s been close to two years since I started trying to clone Wyld. I’m still on the journey. Thanks to CYBI I’ve made some close clones and I will persist until I nail it!