Brewed an 11 gallon batch of my Blitz Weinhard Clone. This is close to what Blitz probably tasted like originally (not the watered down stuff they produce today). Doing an 11 gallon batch is great. It generates twice as much beer in the same amount of time! It also gives the opportunity to try two different types of yeast on the same exact wort. Contrasting the differences in the finished product will be fun and educational.

The recipe is loaded into the Brewer’s Friend Recipe Builder:
https://www.brewersfriend.com/homebrew/recipe/view/637 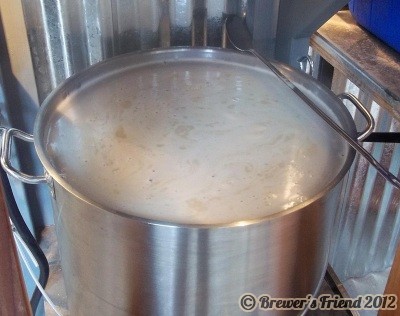 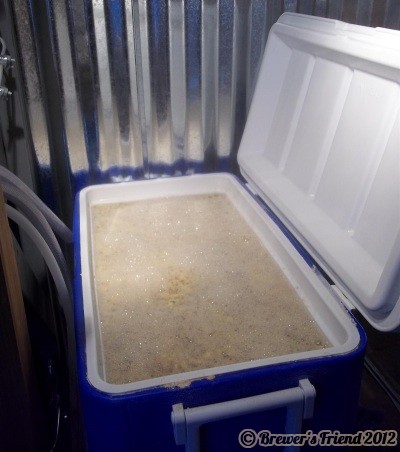 This batch pushed capacity limits of my 15 gallon kettle and 48 quart mash lauter tun. I am not convinced my 15 gallon kettle actually holds 15 gallons. It is more like 14, sort of like how a 2×4 is not really two inches by four inches… At least this kettle is enough for an 11 gallon batch.

In the picture there is a little over 13 gallons in the kettle which still leaves room for the boil. The actual batch volume is 11 gallons. That way there is room for trub losses. The plan is to keg this directly from the primary fermentor after the yeast completely fall out.

When draining to the fermentors, I took a staggered approach. 2.5 gallons into the first one, then 2.5 into the next, and so on until both were full. That way, if there was any stratification going on in the kettle it was mitigated. In one fermentor Safale-05 American Ale is being used. In the other it is Wyeast 1272 American Ale II. 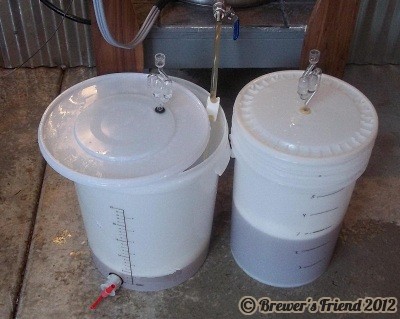 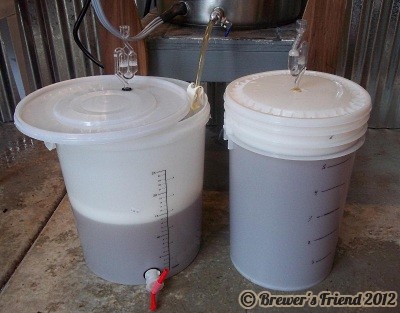 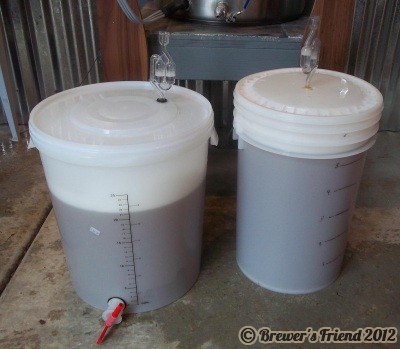 The plan is to do a blind taste test and see if we can tell them apart. Liquid yeast is more expensive than the dry yeast (yet ironically the dry yeast has more cells). For this sort of run of the mill beer, if the liquid yeast doesn’t wow me, I’ll stick with the dry yeast for future batches. Nottingham is another yeast I have used here with success, and it imparted a nice bready flavor.