There are no rules when it comes to hop trellis design. The higher the hops can climb the better, up to 18 feet, but even 8-10 feet off the ground is okay. The important thing is to make sure the hops have as much sunlight as possible.  Give the vines something to climb up as they are growing (rope, wire or twine works great).

Earlier this year the brew shed got a trellis upgrade. Last year the hops were right up against the siding which is bad for the paint and overall lifespan of the siding. With the trellis installed there is now about a foot and a half of airspace between the plant and the wall. The design was inspired by: https://www.blueroofcabin.com/2011/06/diy-trellis-over-garage-door.html 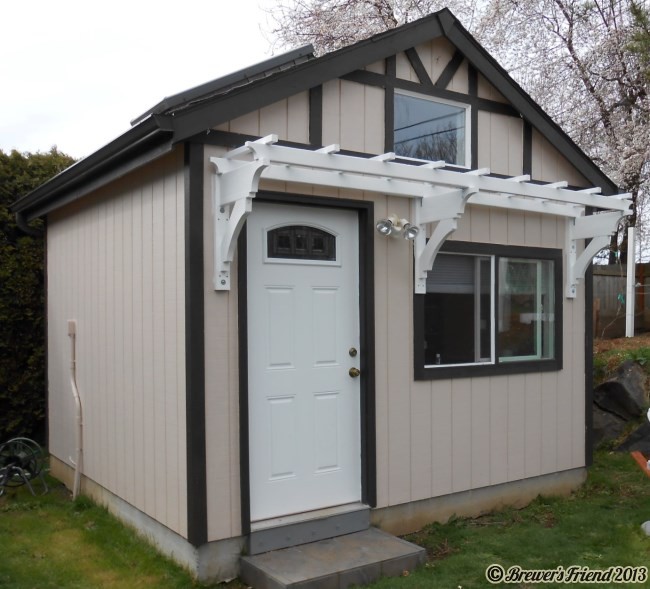 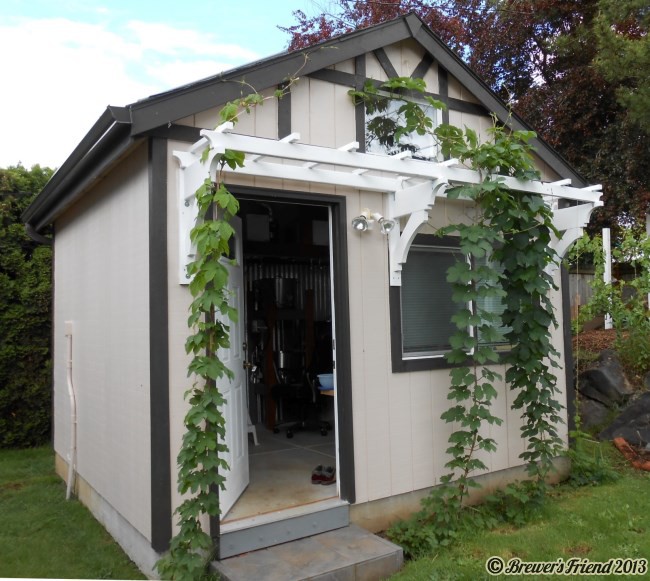 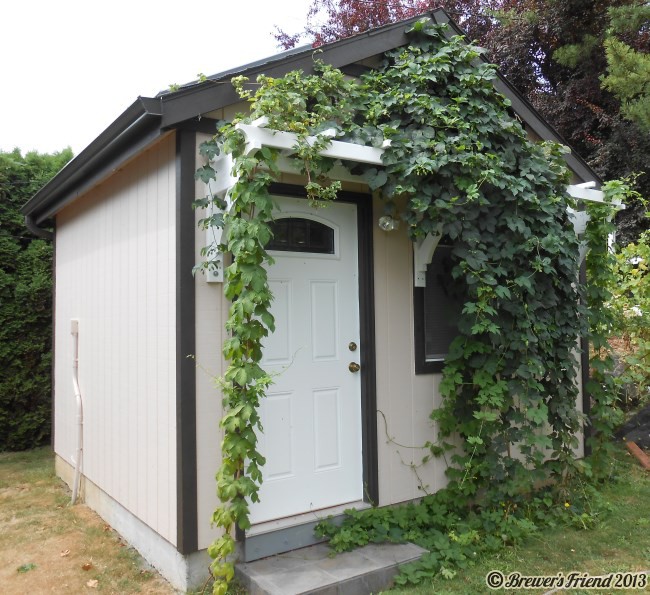 Note how the hops are getting a little tangled. It is the Chinook and Fuggle in the middle that are fighting. Originally I attempted to train the Chinook hop vine around the porch light. It worked for a few months but now that the plant is in full growth it is impossible to keep it away.  I will need to do some work to ensure that when I harvest I don’t mix up the varieties too much.  In retrospect planting the same variety in the middle would have been smarter.

A friend of mine has many trees in his back yard. That was nice because it kept the house cool in the summer, but didn’t give much opportunity to grow hops. Instead he built this free standing trellis in the front yard and had awesome results: 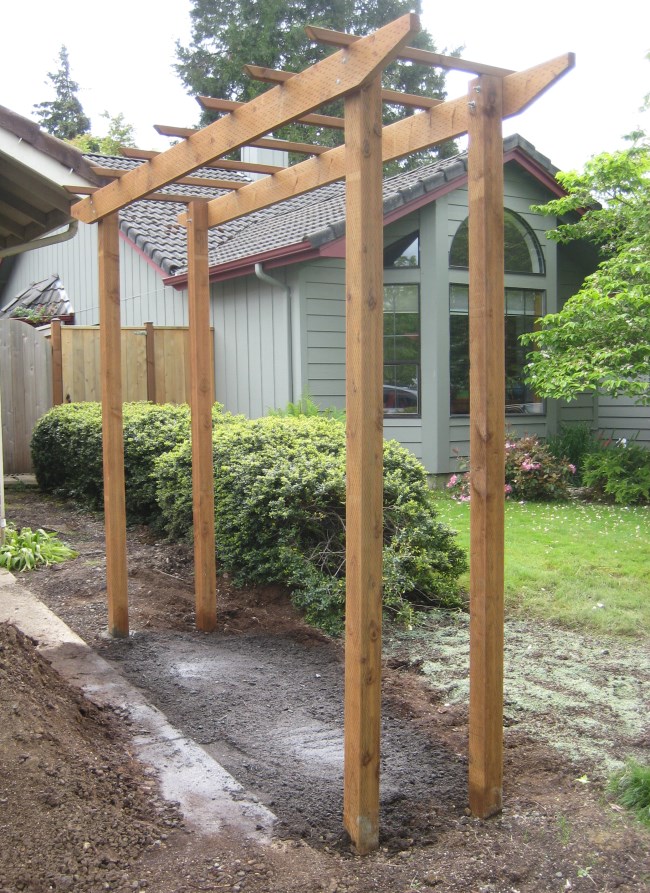 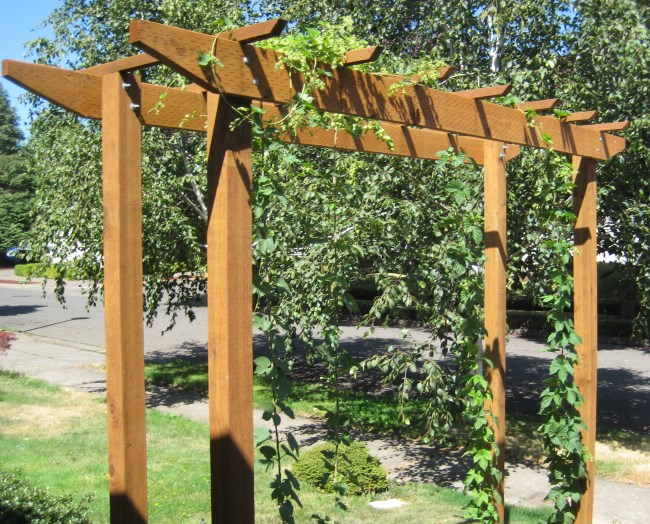 Provided the hops have something to climb up the plant will figure the rest out. Hops can be trained to climb up a few feet and then horizontally like on a clothes line or fence. 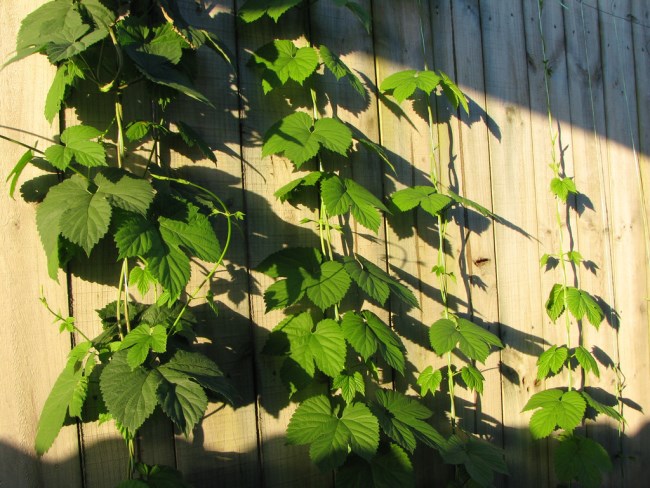 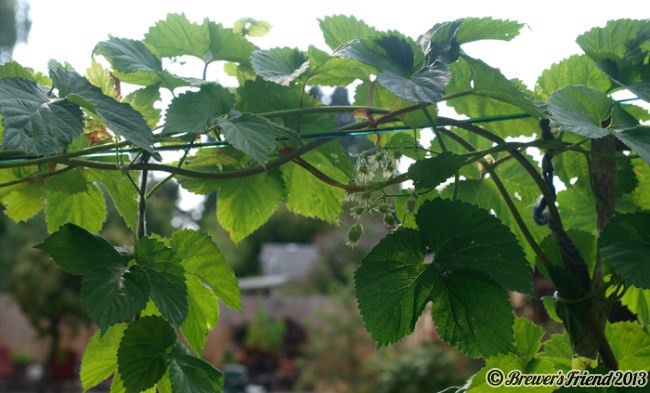 How the pro’s setup a Hops trellis:

The most efficient way to grow hops is to setup rows with the plants 5 – 7 feet apart allow them to climb up to 18 feet in the air. I’m envious of this, but it would look a little strange in the back yard. 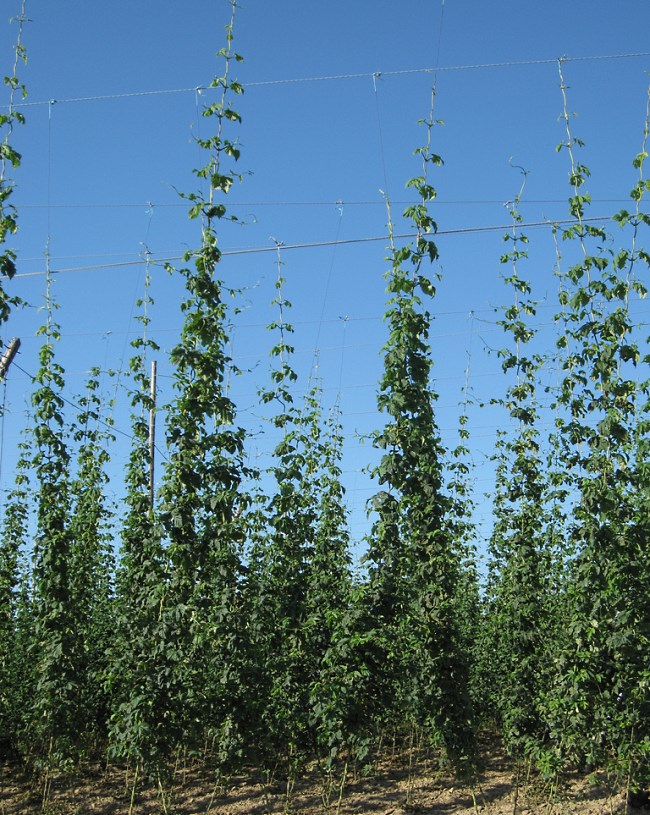 For more reading on hops: