Lifting Carboys and Kegs with a Pulley in the Brew Shed

Lifting carboys full of beer in and out of keezers can be bad for the lower back.  My brew shed is setup with freezer chests for both the fermentation chamber and keezer. Freezer chests require awkward bending and lifting to get carboys and kegs in and out. There is no way to lift with the knees in this situation.  The solution is to install a pulley system above the keezers! With this system in place, I never strain a muscle. 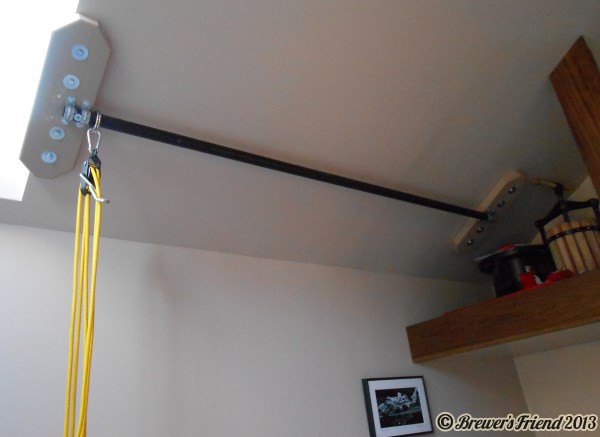 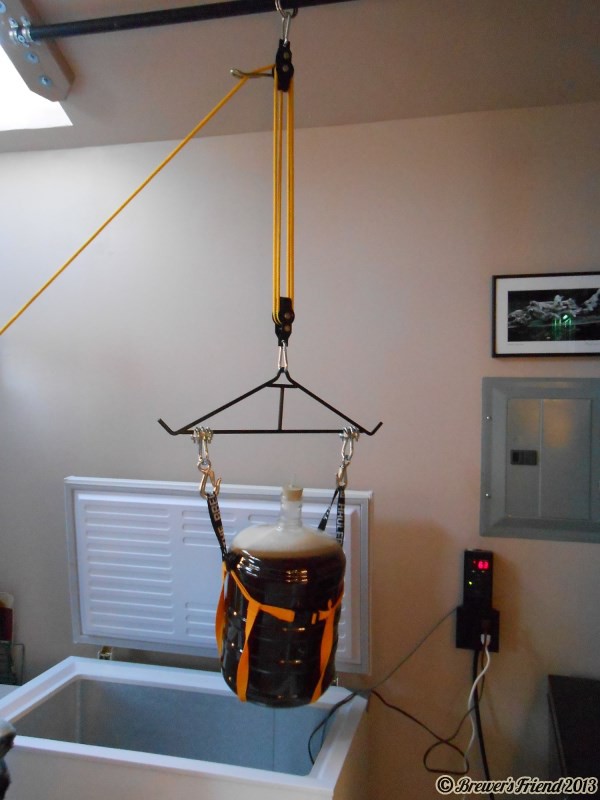 If there is something in your brewery to over build, the pulley system is it! Mine is rated well over 250 pounds. Most parts are rated higher but the weak link is the single carabiner that links the pulley to the gambrel.  That said, 250 pounds is way more than the 60-70 pounds I’ll be lifting at one time.  Figure the pulley and gambrel weigh 10 pounds, the better bottle 1 pound, and 6 gallons of beer at 8.5 lb/gal reaches at most 65 pounds.  I never stand under it when there is load, and I’m careful to make sure I’m ready if something gives.

To make life easy, the pulley slides left and right along a 6 foot 1″ iron pipe mounted to 2×6 boards that are lag bolted into the joists. The pipe is held to the 2×6’s with brackets and screws that go through it at each end.  Two rings allow the pulley to move horizontally. Really only one ring is needed, but I went with two in case a weld fails.  The bar has paste wax smeared on top to allow the rings to slide easily.  On the floor between the keezer and the fermentation chamber there is an open spot where I can start the lift operation. After the payload is in the air, I can push it left or right, then lower it to the destination.

I went with a good quality pulley and gambrel kit on amazon: Hunters Specialties Mag Lift System with Gambrel. This pulley has a nice auto locking mechanism so the beer stays in the air. The pulley and gambrell are something you would normally see on a hunting trip.  Wire clamps on either side of the hooks keep them securely in place. 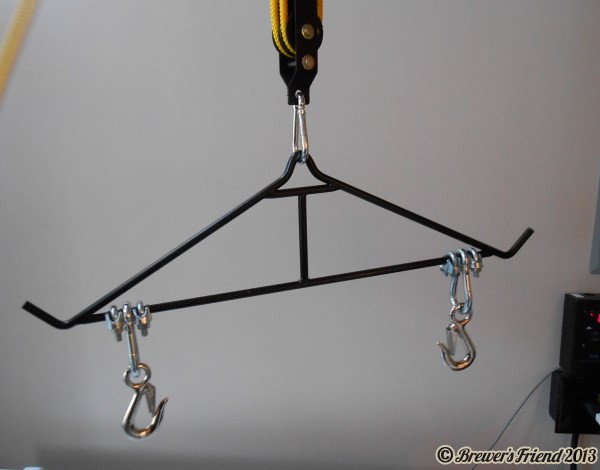 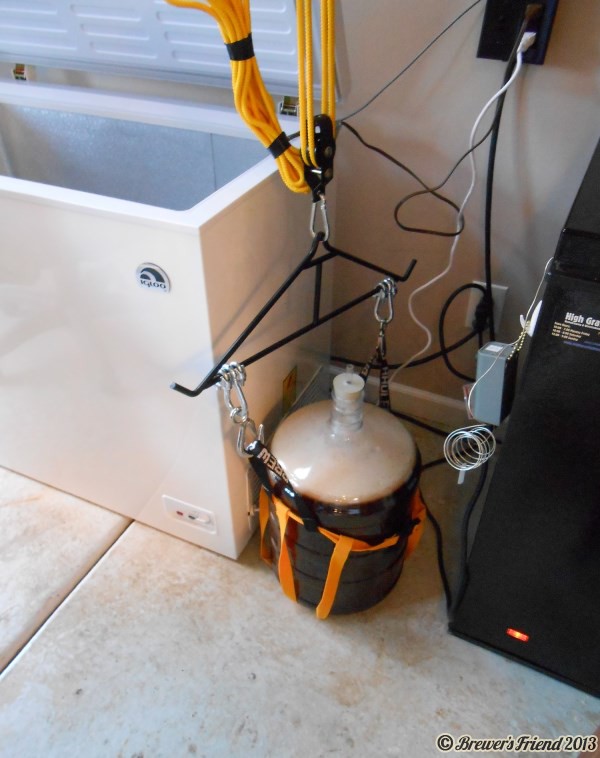 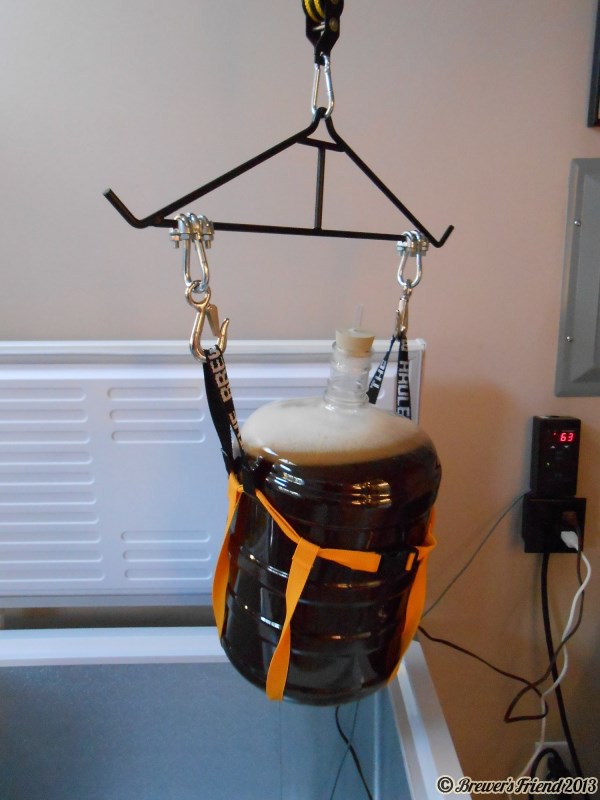 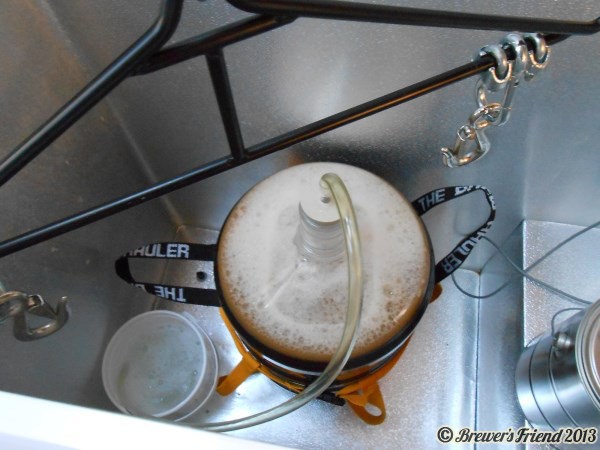 For lifting corny kegs, I remove the gambrel, and loop a heavy duty chain through the handle and hook it to the carabiner on the pulley. The hardware store will sell chain in short lengths. A foot is about right.

General Carboy Safety:
For safety – no matter what you are doing, always use a carboy hauler (the nylon basket show in the photos). If you have ever shattered a glass carboy, it is bad news. It can lead to nasty if not life threatening cuts. To avoid death by a broken carboy, I’ve switched to using better bottles. Cleaning a better bottle can take extra work because they are easy to scratch the inside of.  I’ve found PBW with a rag inside the container gets the chore done in 10-15 minutes.  We have a detailed guide on cleaning better bottles.