BRY-97 is a relatively new dry yeast on the market released in limited amounts in 2012.  Got a pack for the first time late last year. That brew is almost completely gone, and I’m happy with the results, but there were a few surprises! 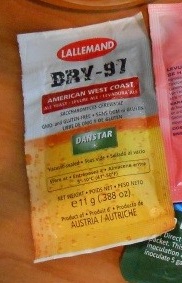 BRY-97 accentuates malt character and provides some fruity notes (pineapple, citrus). It also has a huge frothy krausen head and a long lag time compared to US-05.

I brewed an IIPA with it, fermented at 65F (not too cool, not too warm).  The beer was great, but I was surprised that it wasn’t a more neutral strain, like the Chico strains.  The shed smelled like pineapple the entire time it was fermenting!  The tropical note has dropped off now after several months in the bottle but there is still something sweet and fruity about it.

Since I only had one pack, I did a starter – check out the krausen head: 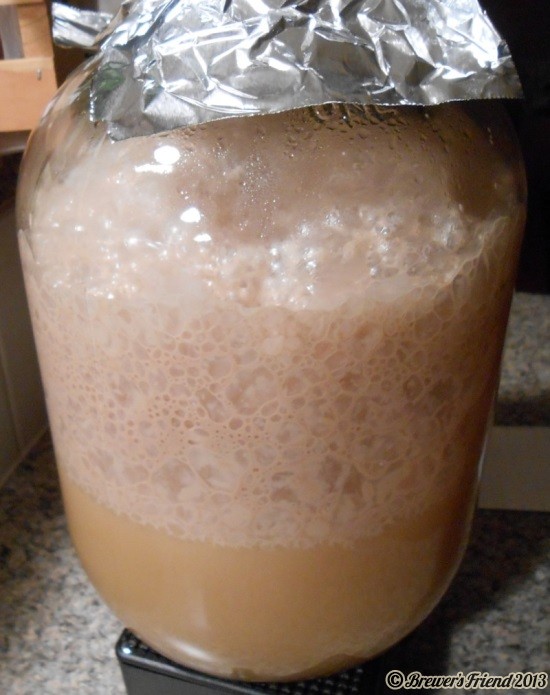 Normally with dry yeast I would buy more packs instead of making a starter. I could only get one pack on special order with BRY-97, so I did a 1.5L starter. Due to the lag with this yeast (which I was not aware of at the time), it took 2-3 days longer than normal to finish out, and I had juggle my brew schedule.

Flocculation was great, the beer was clear after 2 weeks. No off flavors or any issues with esters or weirdness. The beer was quite drinkable after 30 days, so I take it this yeast doesn’t stay green as long. I’d use BRY-97 again for something along the lines of a Kolsch or summer beer, but not in a brew where I want the hops to shine.

This Home Brew Talk thread has pages and pages of interesting comments. There is a lot of concern about the lag time, extra price, and muted hops: