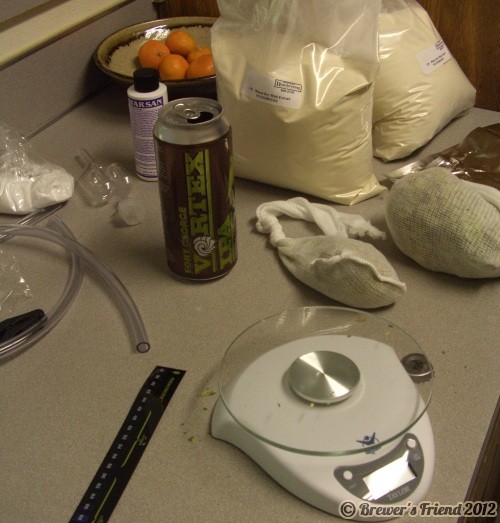 1. Your recipe will be changed during the brewing process. At least for your first batches, you won’t be able to follow your recipe to the letter, but don’t worry, as long as you follow it closely, it shouldn’t screw up your beer too much. Especially try to know which items need to be striclty followed, and which have some wiggle room.

2. If you’re cooking on a stove, make sure your favorite burner is clean and ready to go. The burner I started my steep on started smoking, so I had to move it to a back burner. This made it hard to reach both the kettle, and the dials on the stove, a complication that would come back to bite us later. Also, if your stove doesn’t have a fan (yay 1970’s building codes!), you’ll soon learn where your smoke alarms are. 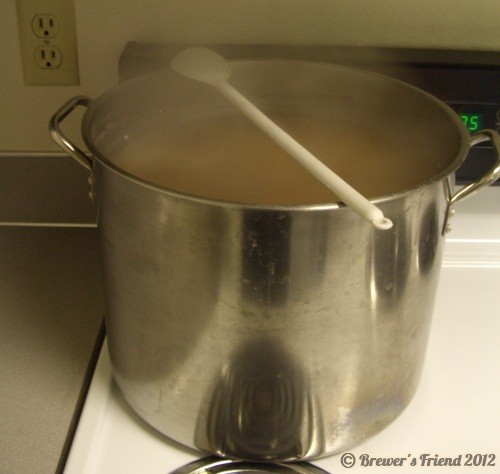 3. Start with less water rather than more. This may only apply to an extract brew with steeping grains, but if you’re using a smaller kettle, as I was, it’s nice to have a little more room for grains and hops. I learned this the hard way, when my brew boiled over. Which brings us to the next item…

4. Have some contingency plan for a boil over. In my case, I got the kettle off quick enough, with a very minor burn on my hand, and no brew on the floor. But you should either have a way to safely move the overflowing kettle off your heat source, or have a heat source that you don’t care about covering with burnt brew. In my case my brew fell on the element, making a big caramelized mess. 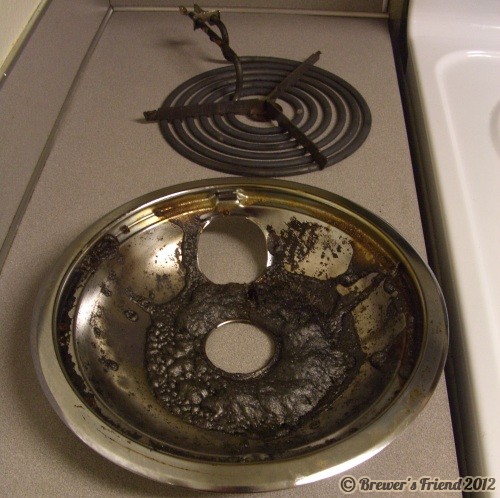 5. Buy some extra hop/grain bags. They’re cheap, you’ll use them. Larry suggested I do 4 hop additions, which would have been nice, but I only had two. Not a huge deal, but it would’ve been nice to have the flexibility.

6. The time elapsed in your boil matters less than the time left. I don’t really know when I dropped in my first hop addition, but I do know I waited 20 minutes later for my second, and 40 minutes later to end my boil. Here is my ice bath: 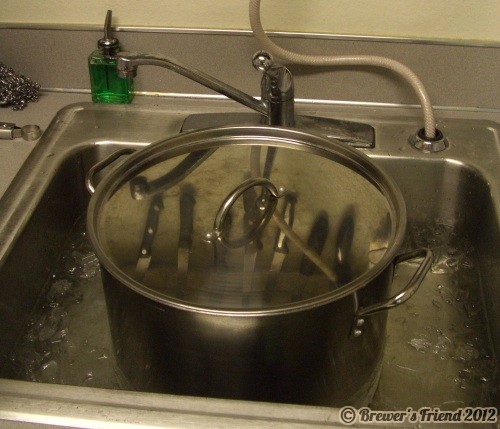 7. Be extra careful with your gravity meter (hydrometer). Yup, about 5 minutes after talking about how breakable they are with Larry, I broke it. That’s why it’s nice to:

8. Have an extra bucket.  Useful for keeping sanitizer solution on hand.

9. Shake up your wet (liquid) yeast before opening the package and pouring it in. If anything, it will make you feel a little less dumb when you’re left with a vial coated in the stuff that should be making your beer.

10. When topping off your fermenter to a certain amount, stop filling every so often, and let the foam settle. In my case, I didn’t, so now I’m brewing 6 gallons instead of 5.

11. Have some vodka around the house, in case you need to top off your airlock. Yup, mine wasn’t filled enough, so Larry suggested this trick.

12. You don’t need your bottles ready on the day of brewing. I knew this. I’ve helped other people brew, but for some reason that didn’t stop me from having them ready. At least they’re pretty in my dishwasher. 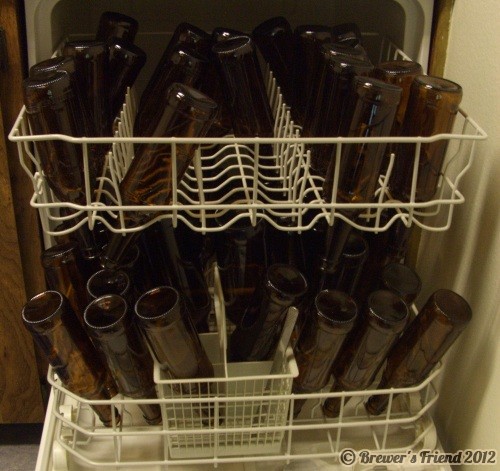 13. Your Airlock will be noisy. You’ll be surprised by how loud the bubbling is, but it’s a nice reminder of how awesome you are for brewing your own beer. 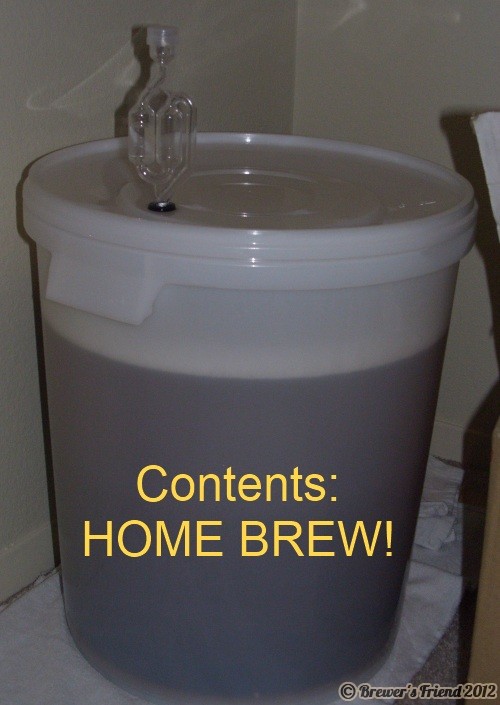 So now I’ve got 6 gallons of American Hefe brewed with Citra and Crystal hops in the fermenter. I’ll post back to let you all know how it turns out!