In the interests of simplifying the brewing process I no longer aerate with an oxygen tank and stone! This saves the trouble of sanitizing the tube and stone each brew day. There is no worry of running out of oxygen, or keeping a second tank on hand. My tube is impossible to clean thoroughly because the stone is fused to the tube and water will not run through it. 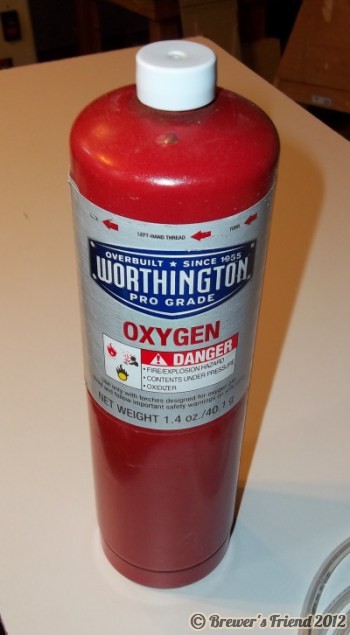 (O2 tank is no longer needed!) 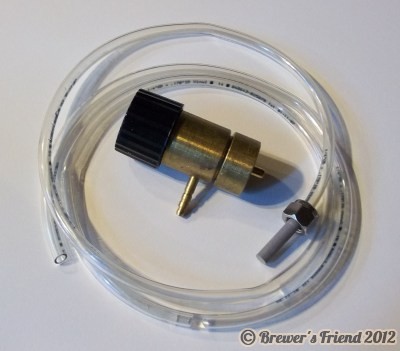 (Hose and regulator are no longer needed!)

The way I aerate is so simple it seems lazy. Just splash around the wort as it drains into the fermenter. The procedure is to occasionally shake the bucket or carboy as it is draining to build up a nice frothy head. It reminds me of early extract brewing days. Some people sanitize a large spoon and stir up the wort. Some people rock the carboy back and forth, I find that takes extra effort though.

In the future I plan to rig up a splash manifold at the end of the drain hose. It would be suspended above the wort level in the fermenter and cause the wort pouring in to go all over the place. Stay tuned for a future article on that. It should be a pretty cool looking gadget and cost next to nothing.

I am an all grain brewer, so aeration is especially important because of the full wort boil (which drives off oxygen). The last four batches I brewed have been aerated with the new lazy approach. I have noticed zero problems with fermentation time, attenuation, and flavor. Aeration in home brewing is over emphasized by some sources. There is at least one experiment showing it is okay to be “lazy” about it. The following test indicated little if any improvement with using an aeration system, vs shaking:

For a commercial brewery, monitoring exact levels of oxygen in the wort is important for quality control. Personally, I am not going to loose sleep over O2 levels in my brewing. This information will hopefully save some readers the $50 it costs for a basic aeration system, if not more in time and hassles.