This sucks! Home brew clubs in Oregon are no longer allowed to have home brew at their meetings! Public beer and wine competitions, like those commonly held at the state and county fairs are now considered illegal too. What a bummer for us home brewers… The clubs can live on, but they have to be ‘dry’. Takes all the fun out of it, and the chance to learn and share about brewing (which is the whole point). The Oregon law had been on the books for 30 years, but it was not enforced or interpreted in this way until now. 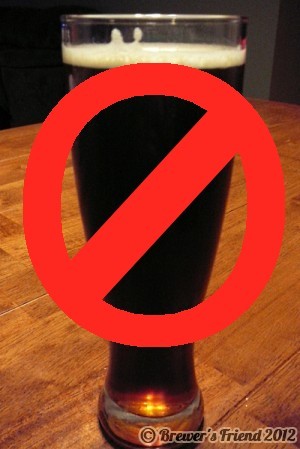 The Oregon Liquor Control Commission (OLCC) and the Oregon Department of Justice have decided to shut down beer and wine competitions, and remove home brew from home brew clubs. Excerpt from the law:

‘No person shall brew, ferment, distill, blend or rectify any alcoholic liquor unless licensed so to do by the Oregon Liquor Control Commission. However, the Liquor Control Act does not apply to the making or keeping of naturally fermented wines and fruit juices or beer in the home, for home consumption and not for sale.’” http://www.leg.state.or.us/ors/471.html

This means it is illegal to drink home brew anywhere in Oregon, except at home.

In order to get home brew clubs, and beer/wine competitions going again, the state legislature would have to amend the law. Oregon has some pretty big budget items to address this year, so we can only hope for the best.

Interestingly enough, competitions for canned preserves, pies, etc are still legal at fairs. It is the mystique of alcohol that causes all the trouble for brewers and vintners. If the argument is for public safety, there are more dangerous strains of diseases in improperly canned foods than in a bad batch of home brew.

For the clubs in Portland, Oregon that are impacted, I predict new brewing clubs will be formed just over the river in Vancouver, Washington!