All six new rhizomes sprouted this year. Some are doing better than others. Nugget is doing the best, while cascade and magum are lagging. They were both hit with excess water during a storm. The gutter overflowed right on top of them for an hour. It was painful to watch.

All told I am really happy with the result so far: 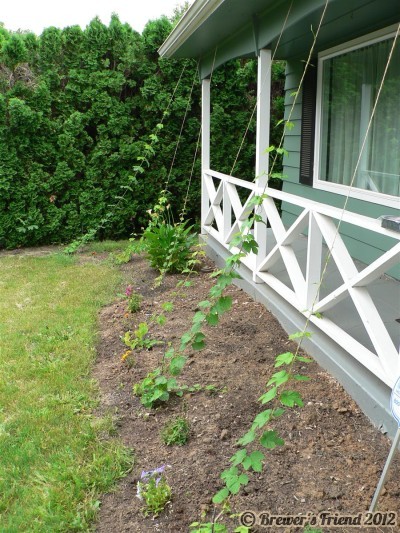 I had planned to do a trellis system. Then I noticed the plant hanger hooks already on the house. A simple length of twine and a piece of bamboo at the foot saved me several hours of work. I had planned to do cemented posts and a 12′ trellis which could be disassembled at the end of the season and saved for next year. This was much easier and it proves just how simple hops growing is. We have been watering them every other day, about a ten second dosing with the hose.

Nugget is the offical winner this season: 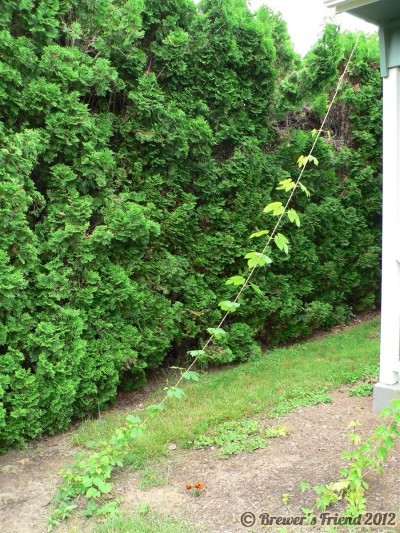