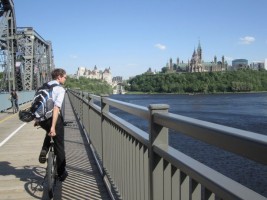 Malts: Will use some Pilsen malt (not traditionally the biggest fan) to appease the style but will mix it with some light malt extract. Honey notes and pronounced maltiness from the abbey malt which will add complexity normally associated with Belgian ales. Carafoam for more body and head retention.

Hops: I would like the hops to be fruity and have citrus notes but I don't want it to clash with the yeast.

Galaxy (Dry Hop) Citrus and passionfruit. Aroma quite intense at first, but mellows with age.

I didn't see the late addition option in the fermentables section so I didn't incorporate it into my IBU calculation. I had originally shot for 25 IBUs...now I have 57. Oy vay. However, the calculation is based on adding the extract in the last 10 minutes. Mine was added more like 15 minutes, so the 57 IBU is more of a maximum. I still plan on dry hopping with 2 oz of Galaxy, but hopefully this isn't a hop bomb Saison. Now it doesn't fit BJCP guidelines, oh well! La Saison d'Oppy Amour.

Signs of fermentation 12 hours after pitching!

05/16: measured FG @ 1.012 - exactly where I want it! Took a sample and initial thoughts are that it has a spicy aroma and taste with a dry and bitter after taste. Hopefully dry hopping with 2 oz of galaxy hops for 10 days will impart some fruitiness to the aroma.

Took another sample on 05/29 and it tasted super sour. Maybe from all the citrus-y yeast and hops, especially the Galaxy in the dry hop? Hopefully it isnt an infection.

Overall expectations: The first bottles will be overly citrusy, perhaps too much so, since the yeast is aroma-inducing. Suggest aging for a while to mellow out if the citrus/floral is too intense.

Sample on 06/13: First taste after a week in bottle and 24 hours in fridge. Overly sour and bitter, but this is not a bad thing. I like it. Michelle loves it. Very sour/citrus on the nose. Sharp, up-front bitter notes when tasting. Hopefully mellows well with time.

A French-style Saison with large hints of fruit, including citrus and passionfruit, that makes this an easy-drinking beer. Perfect for those hot summer days.

08/07: 3rd last bottle - woah, foam immediately gushed out of the bottle as soon as I opened it. Bizarre. The others weren't overcarbed. I realllly need to mix the priming sugar with the beer next time I bottle. I can't think of another explanation. It's hard to taste anything other than the prickliness of the carbonation. Still rather spicy. At least its alcohol.