Yes, that’s right! Chain mail has a practical use in the brewery!

In addition to brewing, I enjoy cooking. In fact, I see brewing as an extension (a BIG one!) of my cooking. Early this year, one of my favorite cooking magazines – Cook’s Illustrated – reviewed a cleaner for cast iron. It’s called the CM Scrubber, and the CM stands for chain mail! It had been recommended by a few readers and the magazine’s editors decided to evaluate it. They liked it very much, and I ordered one immediately. After a bit of a wait (each is made in the US by hand, plus their orders exploded after the article) it arrived in the mail. Here’s what it looks like: 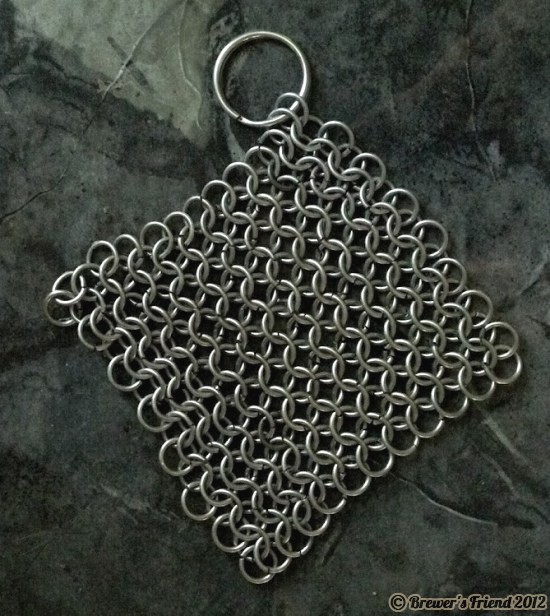 We’re a mostly cast iron cookware house. It’s heavy but the even heating can’t be beat! I’ve been using it frequently on our cast iron. Knappmade, the manufacturer of CM Scrubber, mentioned it also works well on stainless steel cookware. I began using it for that purpose and was equally happy with the results.

Recently I was washing my “well worn” stainless brew pot after a brew session. I had a moment of inspiration and decided to try the CM Scrubber and Bar Keeper’s Friend and see if they could shine my brew pot up a bit. If you haven’t seen it before, here’s what the label looks like: 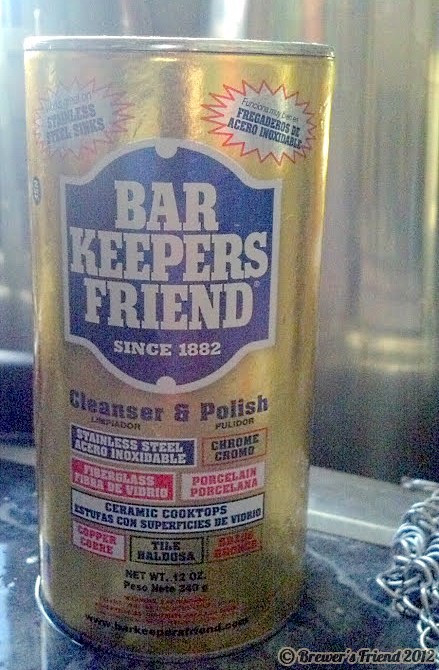 A bit of history about this humble brew pot – I bought it used from a Craigslist ad. It had been well used by other brewers by the time I purchased it. There were dings and scratches when I bought it, and original owners of the pot used a “turkey fryer” type propane burner which leaves stains of its own.  I’ve had it for 3 years and use it on the stovetop about twice a month. Bottom line: well used with battle scars to prove it!

While I keep my equipment clean, I’m not obsessive about hot side brewing stuff looking absolutely perfect – a different story on cold side. I only spent no more than 5 minutes scrubbing on the bottom panel, absolutely less than 10 for the whole pot.

Here’s the “before” – I chose the bottom of the pot to photograph because it was the most stained compared to the inside. 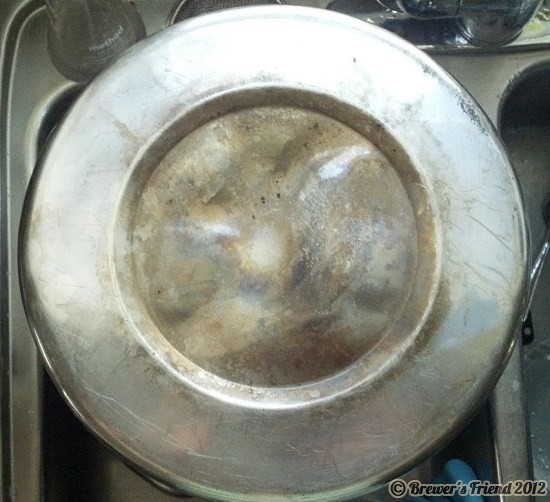 Using Bar Keeper’s Friend is easy, it sprinkles out like Clorox or Bon Ami that are packaged similarly. It’s a slightly cakey white powder. You add a bit of water and you scrub. Here’s the start of cleaning with the cleaner sparingly sprinkled on with just enough water to dissolve it. You can see some undissolved cleaner caked up on the lower right of the pot: 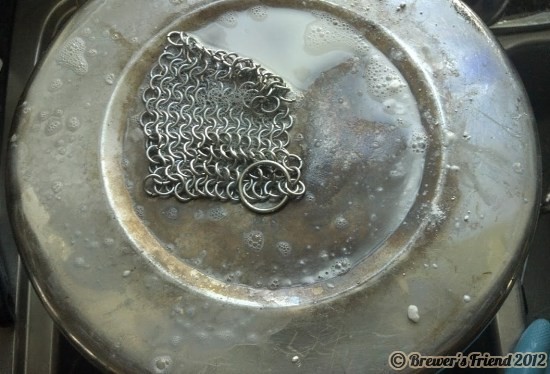 So, I scrubbed the bottom. I used some elbow grease, but not much is needed. As with my cookware, the CM Scrubber does most of the work. I used the last few minutes to scrub the inside out using the same process.

Here’s the “after” – much improved! 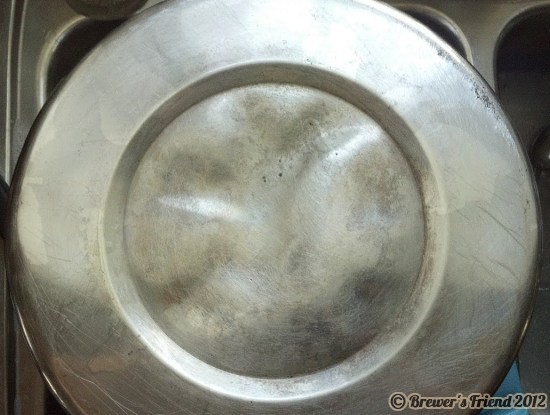 The inside of the pot was much improved as well! Based on the result I’ve now added a quick CM Scrubber and Bar Keeper’s Friend pot cleaning step to my routine. If you’re interested in learning more about the CM Scrubber, here’s a link to their website: http://www.cmscrubber.com/