Randall Enamel Test For Even More Hoppiness in Your Beer

In recent years, craft brewers (especially in the Pacific Northwest) have tried to push the envelope on hop flavor in beers, from increasing the aroma and flavor hops to aggressively dry-hopping. For fans of that style, there is one more step that can be taken to add extra hop flavor to beer, and that is using the Randall. 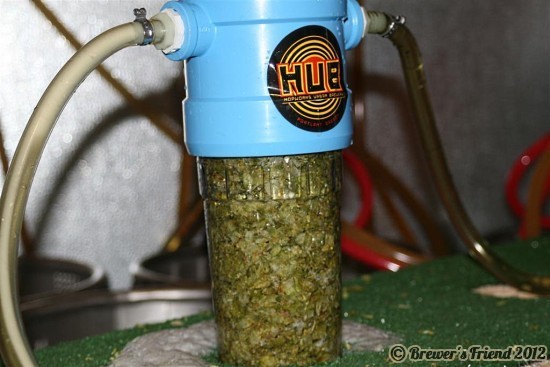 The Randall sits between a pressurized keg of beer and the tap; the cylinder is filled with hops, and the finished beer is forced through the hops before being drawn from the tap. The alcohol in the beer strips the resins from the dried hops; the combination of pressure & alcohol essentially creates a “hop tea” with the beer. The final product has a unique hop flavor & aroma, as well as a distinct mouth-feel. Nicknamed the “Enamel Animal”, the Randall gives the beer a tremendous hop punch, as well as giving an odd sensation on the enamel of one’s teeth.

One charm of the Randall is that any beer can be used with any hop; not only does the Randall expose non-brewers to the role of hops, but home-brewers wanting to learn how a specific hop smells & tastes have no better resource.

The Randall has a few significant drawbacks that make it an exotic item. (I had to make a special appointment with the brewmaster at Hopworks Urban Brewery) As pointed out by Hopworks Brewmaster Christian Ettinger, the hops in the chamber provide a lot of nucleation sites for the dissolved CO2. In non-brewer speak, the beer is incredibly foamy coming off the tap.

As the beer flows through the hops, it compresses them, which means the hoses often can become clogged. And, since the Randall has a fitting to both the tap line and the keg line and runs pressurized beer, extra care needs to be taken in fitting all the components together. Rare is the Randall set-up that doesn’t leak.

Lastly, the hops in the Randall do need to be changed out after a few quarts. Given the price of hops to most home-brewers, unless you’re buying in bulk, or growing your own, it’s a costly treat. 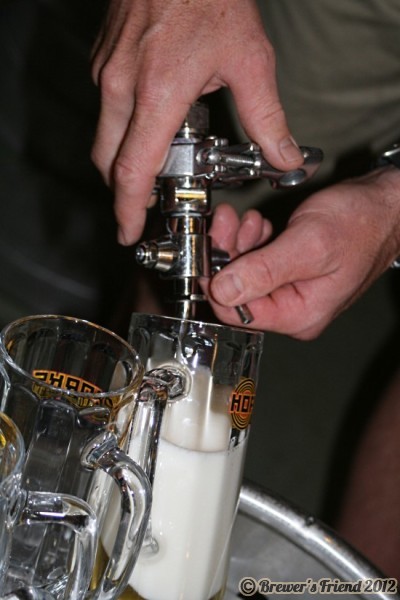 Still, with all these downsides, is it worth it? If you are at this website, the answer is most certainly yes!  If you are a hophead, (if you love the smell & taste of hops), it’s the purest pleasure you can have.